A true icon
- reborn by Nordisk The story of Madam Blå

In 1895, Danish ironmongers Glud & Marstrand started making enamelled kitchen equipment and quickly got famous for their Madam Blå coffee pot. Madam Blå turned into an iconic line of kitchenware - now re-introduced by Nordisk as a celebration of its 125 years history and inevitable part of Danish Hygge culture, which deservedly earned it it’s place in our National Museum.

Our Madam Blå is, like the originals from 1895, handmade, unique and can last for generations. Every use will leave a subtle mark, so every story and every adventure can be passed on to your children and grandchildren.

Available in Cream and Sky blue 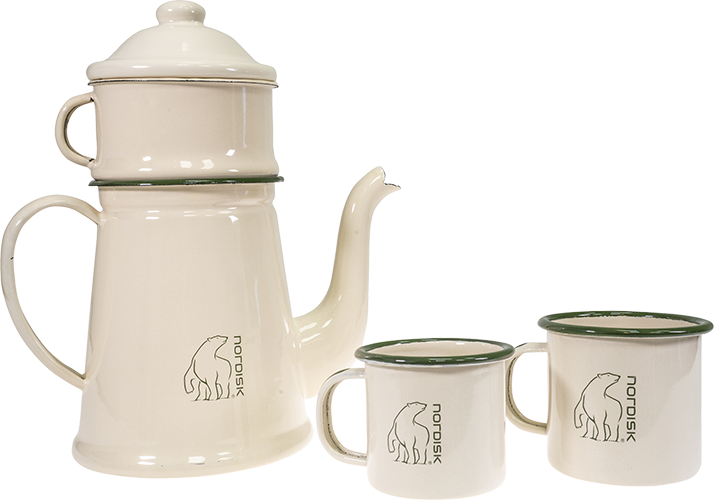 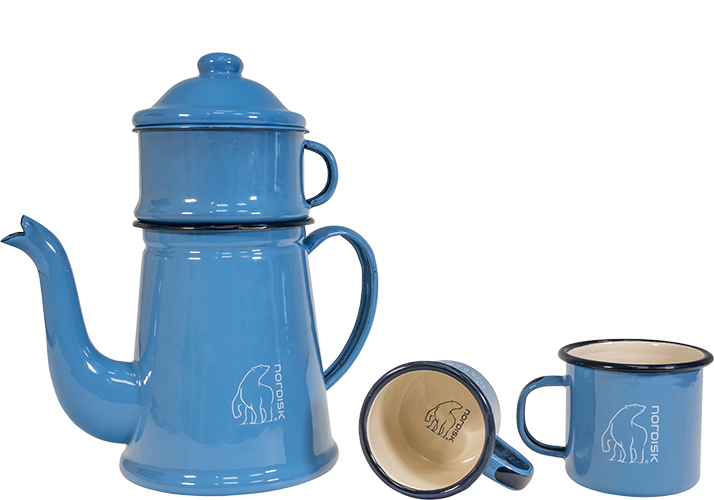 At Nordisk, we love our Danish heritage and the nostalgic style, because it brings

out happy memories from when we were younger, sitting at the kitchen table with

these keep our memories going and the longing for these Hygge® times alive. 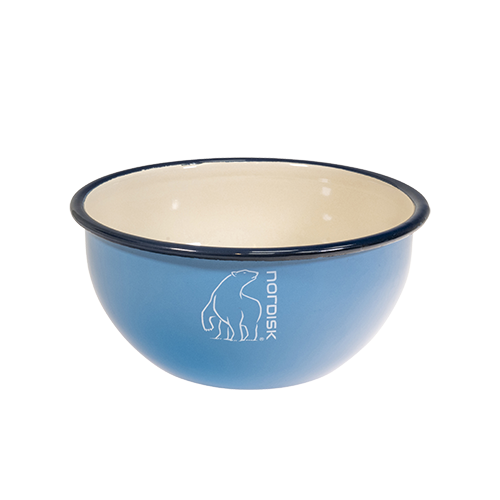 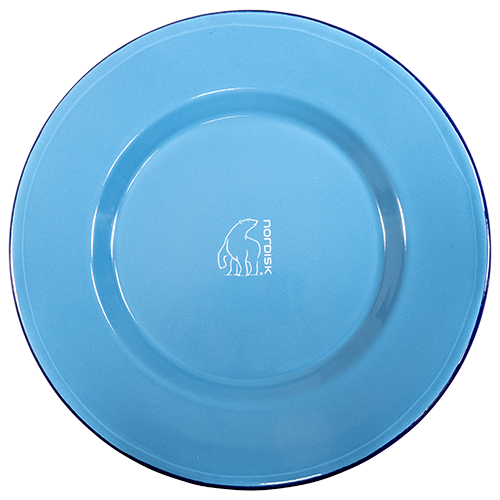 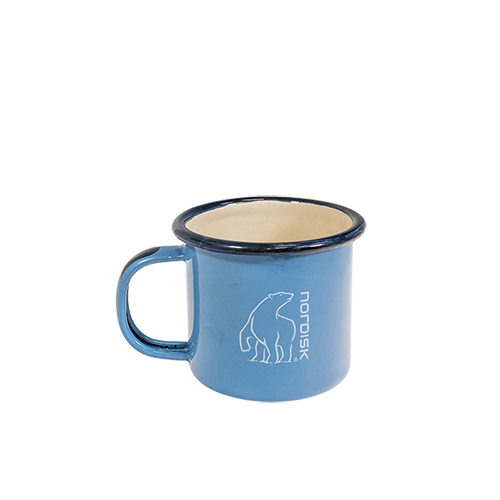 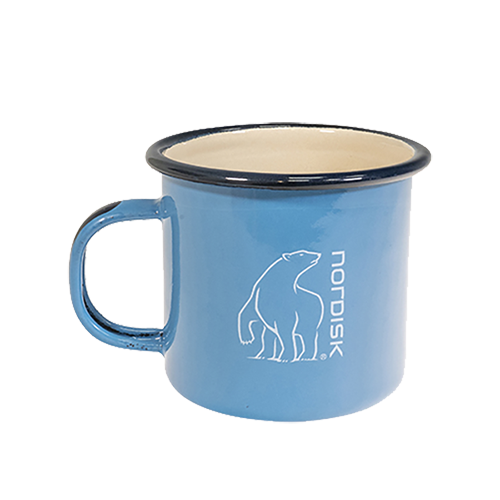 Here are a few good tips to

help you get the most of it

Enamel is a tough material and will endure most of what you expose it to. You can use it on either induction, gas or electric stoves, in the oven, on the bonfire, in the dishwasher, fridge or freezer.

Get creative! Just keep it out of your microwave!

And, a hard fall will make it shatter like glass, so don’t throw it.

It will gradually become colored by coffee, tea or food, but this only adds to the collection of memories. So don’t get too rough trying to clean it. No abrasive cleaning pads or vinegar, please.

Madam Blå is made to last, to use and to share. When I was a young boy, I used to spend time during the summer holidays at my grandparent’s place. They lived on a small farm, on reclaimed land on the island of Sealand, growing white asparagus.

I loved being there during the harvesting season - many people around, laughter, jokes, everybody being outside and lots of good energy. Several times during the day the harvesting team was treated with coffee and snacks, and all the young ones like me, got homemade elderberries lemonade. All servings were done in Madam Blå cups and the coffee was poured from the blue coffeepots.

So for me, Madam Blå reflects just this – time of togetherness, no worries, sun and summer, or another word for this – “Hygge”.

Many years later, when Nordisk set out on a journey to make a new line of cups, plates, pots and pans, I had my childhood memories on my mind, and I thought it would be great if we somehow could re-create this atmosphere for Nordisk fans around the world.

This is when we decided to give birth to the idea of reviving Madam Blå again. And if Nordisk users will have just a fling of the same feeling I had, and still have, we have truly succeeded in providing just a little bit of extra Hygge for you.